How the Video Game Community Is Responding to Japan's Quake Disasters 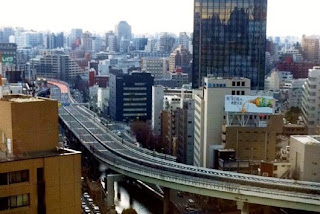 Sorry for the lack of NEWS

We have been real busy this last week. Holly has had a very bad toothache and I've been trying to watch all three kids and tidy up the blog at the same time, not to mention trying to play games with Daemion when he gets home from school. Plus, the new facebook page has sucked quite a bit of time up trying to get it going.

As some of you may have already noticed, there is a new navigation bar at the top of the page. We put it there to try and make things a little easier for people to navigate. It will take longer for me to get finished with everything during the day, but I think it will be well worth it to everyone in the end.
We should have things up and running at full steam any day now, just gotta get all our priorities straight about this blog. Hope you all can understand... and don't forget to sign-up at our Facebook page for a chance to win the Club Nintendo Pouch!

-Dustin
Posted by My Little Gamer at 10:58 AM No comments:

NEWS - ‘Exergaming' is good for kids

Kids and video games might not be all that bad, says a new study. That is, if they're the right kind of video games.
Games that require players to physically move and interact, such as Dance Dance Revolution and Nintendo Wii's Boxing, can lead to "a high level of energy expenditure," according to a study released online today in the Archives of Pediatrics and Adolescent Medicine.
Researchers at Brigham Young University in Salt Lake City and the University of Massachusetts in Boston tested six active video games with 39 boys and girls. Playing these so-called "exergames" for 10 minutes produced a workout that, depending on the game, nearly equaled or greatly exceeded that produced by spending an equal amount of time walking three miles an hour on a treadmill. What's more, overweight kids and those at-risk of becoming overweight enjoyed exergaming more than children who weren't overweight.
(To determine if you or your child is overweight, use our BMI calculator.)
The study seems to match what Consumer Reports previously found: that the latest video-game systems such as Microsoft Kinect and Sony Move are intuitive enough that consumers of nearly any age or game-playing experience can enjoy. (See our video-game system buying advice for help on determining which video game console may be right for your needs.)
Still, the researchers note that while exergaming might be a positive tool for helping kids stay more active, video games aren't a quick fix for curing childhood obesity. Further studies examining how exergaming directly compares to other physical activities need to be done, say other researchers.
In an hour, a 100-pound person walking at 3 mph will burn 223 calories. Here are how many calories a person of the same weight will burn playing five active video games:
By Paul Eng, Consumer Reports
Tue, Mar 15, 2011
---------------
Link
-Dustin
Posted by My Little Gamer at 10:41 AM No comments: