Posted by My Little Gamer at 1:54 PM No comments:

New York’s famed Rockefeller Center® will be the epicenter of an over-the-top Pokémon™ celebration as Nintendo prepares to launch the new Pokémon Black Version and Pokémon White Version video games for the Nintendo DS™ family of systems across North America. On March 5, at the Nintendo® World store, fans will gather for a spectacular launch event and the chance to be among the first in the nation to buy the games in advance of their official March 6 release. Grammy-nominated alternative rock band The Presidents of the United States of America will perform a new song titled “Can’t Stop Catchin’ ’Em All” written in celebration of the Pokémon Black Version and Pokémon White Version games.

Read more »
Posted by My Little Gamer at 1:48 PM No comments:

Eight months is a long time to commit yourself to something like this. Congrats on a job well done!

Posted by My Little Gamer at 1:42 PM No comments:

Video Game Orchestra opens the doors to Boston Symphony Hall on April 1st 2011. This is the very first time a video game music themed event is held at this prestigious venue.
This event will highlight the music that has paralleled the mainstream success of video games and film. The night will consist of music, performed by the Video Game Orchestra, consisting of an orchestra, choir, and a rock band.
In attendance we will have Alan Silvestri (Back to the Future, Forrest Gump, and Cast Away), Wataru Hokoyama (AFRIKA and Resident Evil 5) and Yasunori Mitsuda (Chrono Trigger, Chrono Cross, and Xenogears). The concert also features a performance by the 90-member world-pop group, Rhythm of the Universe. Expect some of your favorite video game music pieces to appear along with some of the world's favorite movie themes. The concert is directed by Shota Nakama and conducted by Yohei Sato.
Tickets are now on sale at http://www.vgo-online.org/ and http://www.bso.org/bso/mods/perf_detail.jsp?pid=prod3890054
Thanks to GoNintendo
-Dustin
Posted by My Little Gamer at 1:14 PM No comments:

For those who don't know, the 3DS will have older classic games to download to the system just like the Wii.

- Sonic and Tails 2
- Sonic Drift 2
- Columns
- The GG Shinobi
- Dragon Crystal: Shirani's Maze
Thanks to GoNintendo
-Dustin
Posted by My Little Gamer at 12:33 PM No comments: 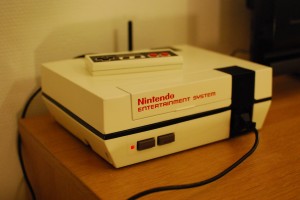 For those who don't know, the Korg M01 is a game
that was released on the DS for making your own tunes.

Super Mario 3DS Uncovered: What We Know So Far 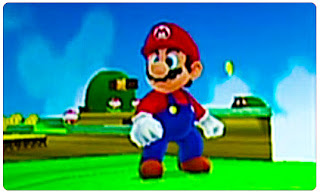 Check out this cool little feature on what we know so far about the New 3DS Mario.
(Feature HERE)
-Dustin
Posted by My Little Gamer at 12:02 PM No comments:

Just in case you missed it,
go HERE <--Nintendo Website
-Dustin
Posted by My Little Gamer at 11:48 AM No comments: